The agriculture sector is expected to remain resilient in 2023, owing to better rainfall for crops and improved rangeland conditions for livestock farmers.

According to Agribank’s Monthly Market Watch for October, farmers are encouraged to continue diversifying their farming operations to minimise the risk of climatic, sectoral, or economic shocks on production output and sales.

It says that the number of cattle marketed declined by 30% to 16 952 in August this year, due to a ripple effect from the 21-day nationwide ban on the movement of cattle in South Africa.

The ban on cattle movement was aimed at curbing the foot-and-mouth disease (FMD) outbreak.

Agribank says that the number of cattle further declined to 15 840 in September due to a slow pick-up in cattle marketing after SA lifted the ban in most parts of the country.

It says that the sheep industry was also affected by the movement ban, as 70% of the sheep marketed are live exports to South Africa.

Moreover, it says that the average beef producer price remains elevated averaging at N$59.5 per kg year-to-date ending September, compared to N$51.2 per kg recorded during the same period in 2021.

“Weaner auction prices subsided drastically to N$37.4 per kg year-to-date ending September 2022, compared to a N$39.9 per kg recorded in 2021. The decline in prices can be attributed to the increase in the number of live exports.”

According to Agribank, the improvement in land pasture due to better rainfall recorded this year, coupled with the positive rainfall outlook for the next season, is keeping the industry upbeat and hopeful for better grazing and production in 2023. 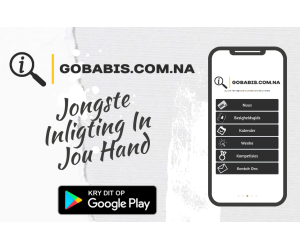 However, it says that Agri SA predicts potentially devastating brown locust swarms in the upcoming summer, with brown locusts already reported in parts of the northern Cape and the Western Cape.

These swarms have been caused by above-normal rainfall, a phenomenon that is forecast to persist into the summer season.

“Production efficiency, innovation, and agile strategies will be critical in the current business cycle and foreseeable future to remain viable.”

It adds that according to the October Namibia Rangeland Monitoring Report, rangelands are much greener compared to the previous year due to good rains received in the 2021/2022 rainy season.

However, some parts of the Kunene remain dry as the country receives little to no rainfall in that area. Farmers are cautioned to be vigilant of veld fires due dry carry-over grass material that are still available on farms.

No import of cloven-hooved animal products over festive season